↓ Skip to Main Content
Home › July 2020 | Responding with Love and Courage to the Call of the Global Ecological Crisis. Interview with Shams Kairys – Part I

July 2020 | Responding with Love and Courage to the Call of the Global Ecological Crisis. Interview with Shams Kairys – Part I

The dread of feeling dread is part of what keeps us from opening to the fullness of our world.

I joined a zoom gathering co-led by Shams in April. Shams had sent an introductory letter to orient us. Here are some excerpts:

Our focus is on how we can strengthen the capacity to sustain our gaze on the fraying of the natural world while maintaining a positive spirit of engagement. This conversation is meant to help us locate and animate our spiritual, emotional, and bodily rootedness within the magnificent web of life on Earth, and respond to the threats to it. I believe that love and courage are key qualities in galvanizing this process and that the first place in nature that we must recover and restore is the human heart and psyche.

Those who cherish the splendor of the natural world often are dismayed at the juggernaut of destruction we are witnessing around the planet, as well as our complicity in it. The anguish that arises in response—and the perplexity about “what to do”—can be fierce. To withstand this turmoil, we must honor the courage it has taken to face our actual situation while savoring the love, wonder, and gratitude that brings us joy. Thus fortified, we are better able to maintain our bearings and move forward, staying alive to the beauty around us and in each other, our hearts tender, yet strong.

This process is based on a core principle—also conveyed by my deep ecology mentors, John Seed1 and Joanna Macy3—that I refer to as “emotional fluency”, based on observing how even distressing feelings can move and change when we allow them breathing room, while feelings we resist tend to persist. Emotions like grief, fear, and despair can be expected when encountering devastating loss or existential threat. Yet our inclination to bypass such feelings deprives us of experiencing the full spectrum of our emotional lives, and of the gifts they can impart. For when we open to them, we may find that they can be a bracing rather than a demoralizing force.

With love and a warm smile, 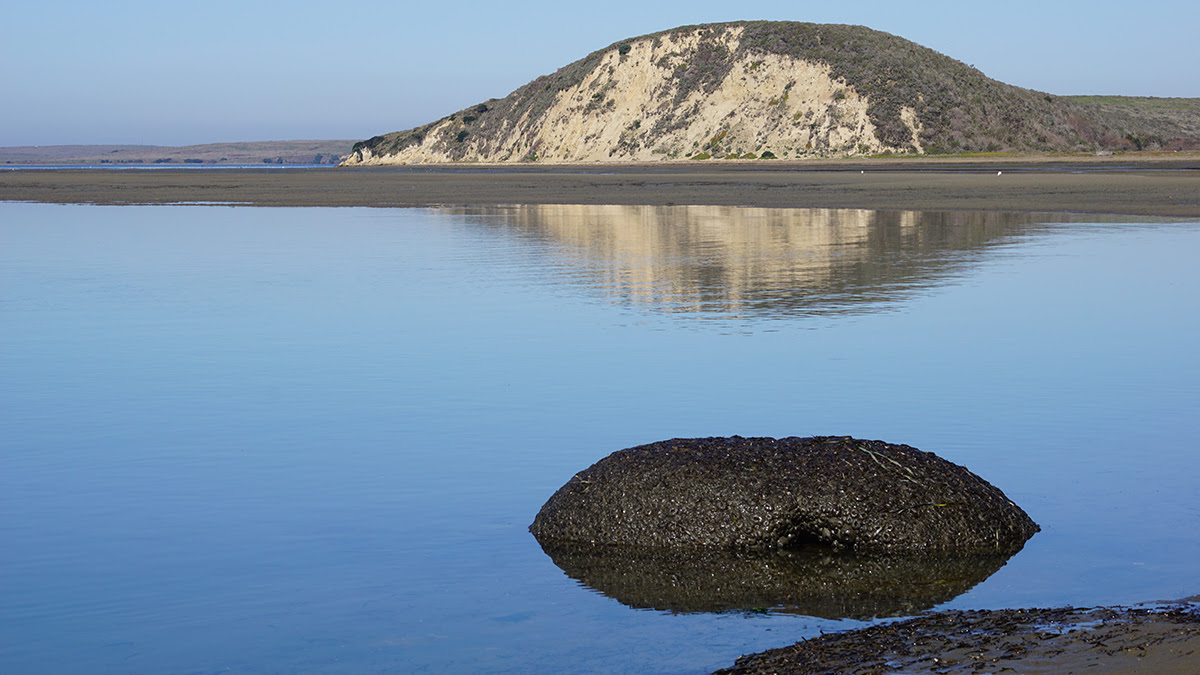 Inside the mouth of Drake’s Estero. Photos by Tim Ray

I contacted Shams and he graciously agreed to be interviewed.

I was born in West Philadelphia where we lived on a block of narrow houses with cement backyards and postage-stamp-size front yards. The street was lined with ginkgo and sycamore trees. When I was around six a special uncle moved in with us for a time, and when he took me the six blocks away to Cobbs Creek Park, a whole new world opened up for me. There was a creek, skeeter bugs, tadpoles, butterflies, birds. The teeming life transfixed me, and something stirred in me. Once I got a two-wheeler, that became my place to go. I made a net from a broom handle and cheesecloth stretched around a coat hanger to catch insects. I started growing seeds in my room and collected amphibians and reptiles. Ultimately, I learned that I didn’t want to keep any creature captive, but at that time they were a source of wonder and observation. I returned to the Park a decade after I left Philly and from an adult point of view, it seemed remarkably small to have had such a profound effect on me.

I lived on the east coast till I was about thirty, with many summertime adventures in Montana where my brother lived. After I moved to California, friends kept telling me about the nature documentaries they had seen on TV, and so I began watching PBS nature programs. I noticed that often the endnote reported these fantastic plants and creatures were under threat from habitat destruction and other forces. As I had begun feeling myself like a tendril of the natural fabric of life, I wanted to know what was going on! 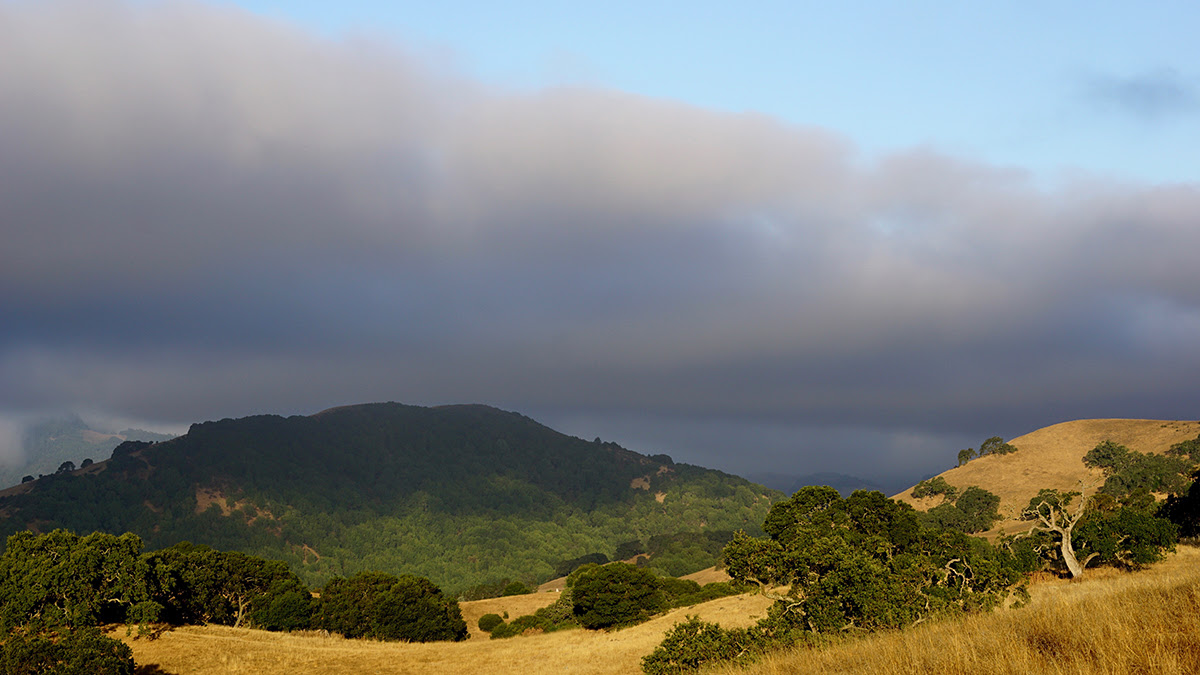 So began my decades-long study of global ecology. I was also affected by reading John McPhee’s book Encounters with the Archdruid about David Brower, the tireless environmentalist, a hero who I later got to know. The Friends of the Earth newsletter became an important source of insight and information in my learning process. (Brower founded Friends of the Earth in 1969. https://en.wikipedia.org/wiki/David_Brower).

Another awakening in the 1980s came through the campaign to alert the world about the nuclear holocaust threat spearheaded by Helen Caldicott. I went to a showing of the film, The Last Epidemic, featuring Caldicott, at UC Berkeley, and I left feeling deeply alarmed at the perils it depicted. As I walked across the campus in a light drizzle, I smelled the moisture in the air as a kind of perfume. A lamp illuminated the drops of water on the leaves of a tree where I stopped, which appeared extraordinarily beautiful. Usually, I would have walked right by, but I found that feeling the precarious state of the world had also heightened my sense of its preciousness. I lived in a shaken state, highly tenderized, for a couple of months as this realization blossomed. I was director of the Berkeley Area Interfaith Council at the time, and we showed the film to many congregations, stirring support for the movement to stop nuclear weapons production.

Meanwhile, my exchanges with others on global ecology intensified, and with the advent of the Internet, I began pouring over the research on environmental issues and largescale environmental destruction to discover the causes and the sources. Over time the field burgeoned and we learned more and more about the disruption of the biodiversity and climate stability of the planet as research began pouring in. Still, few scientists seemed to realize the full picture of what was occurring, with notable exceptions like James Hansen4, whose work I followed closely.

A conversation with a friend led me to the website of Daniel Quinn’s, author of Ishmael, a book of eco-wisdom told through the voice of a gorilla. I came across a comment from Daniel when responding to people’s questions. He said, “It would be very easy to imagine the planet without humans in 200 years’ time.” I sat with this thought, bringing together the streams of information I had been absorbing all this time, and I saw very well how this could indeed come about. Another shudder, among many. 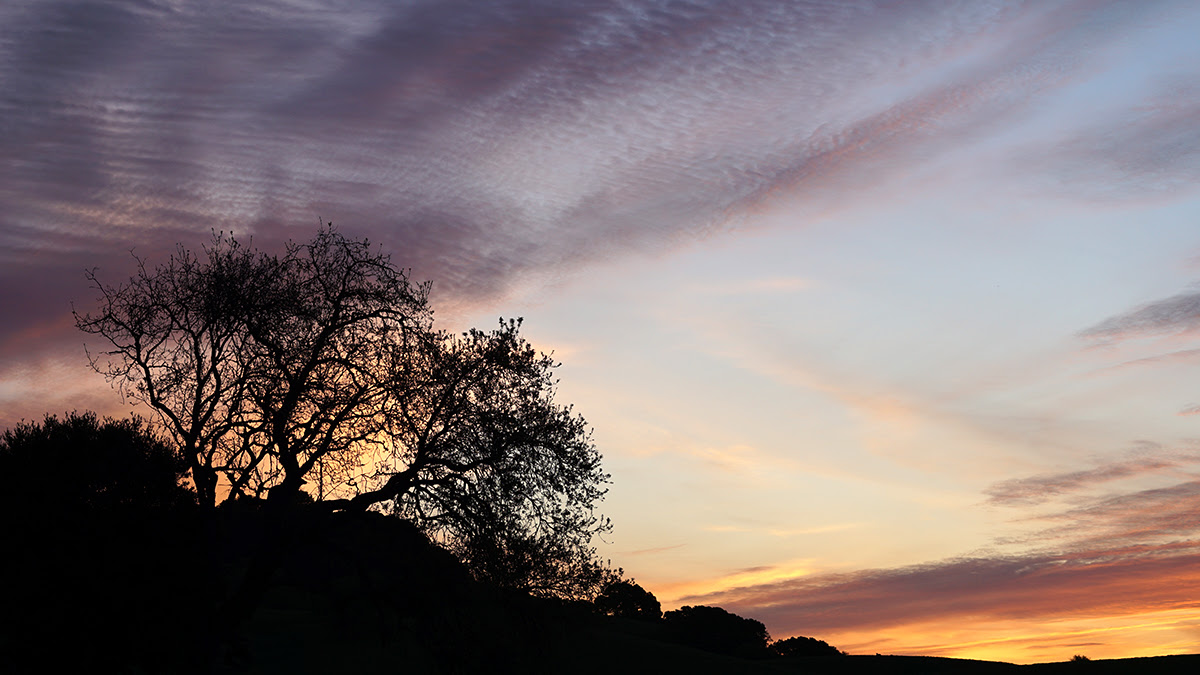 I once attended an exhibit of artist Olafur Eliasson’s work that included a series of maybe 30 large photographs lining three walls of an otherwise stark white room, each bearing an image of the moulins on Vatnajökull Glacier, the largest ice cap in Iceland. These are shafts, anywhere from the size of a body to the size of a bus, that form on the glacier’s surface where melting water swirls down and finds its way to the bottom of the ice, lubricating its movement to the sea. Walking slowly around that room was a powerfully piercing experience for me. Peering into their eerily beautiful forms shaped by the meltwater streaming into darkness, I felt I was peering into the psyche, and the future, of humanity. At the end of the series, the artist’s commentary included this quote from the Communist Manifesto: “All that is solid melts, all that is holy is profaned, and man is at last compelled to face with sober senses his real conditions of life, and his relations with his kind.”

[There are fantastic short video presentations on moulins from Los Alamos Laboratories, and from Yale.]

Similarly, dramatic ice changes are happening around the globe, most notably in the Arctic, but also Antarctica, Greenland, Siberia, and in mountain glaciers around the world. I remember one video interview with an Arctic scientist working in the field standing near ice melt pouring in roaring torrents into the sea. He had to shout to be heard.

The Earth’s heating processes are so manifold and interrelated that even the best models of global warming couldn’t project their collective effects. That’s why the reports of the IPCC (Intergovernmental Panel on Climate Change) have proved to be too conservative, for all the projected trend lines are happening much sooner and more intensely than expected. Geoscientists focusing on particular ecosystems, like the polar regions, are often way ahead of the curve in reporting the alarming phenomena occurring there. 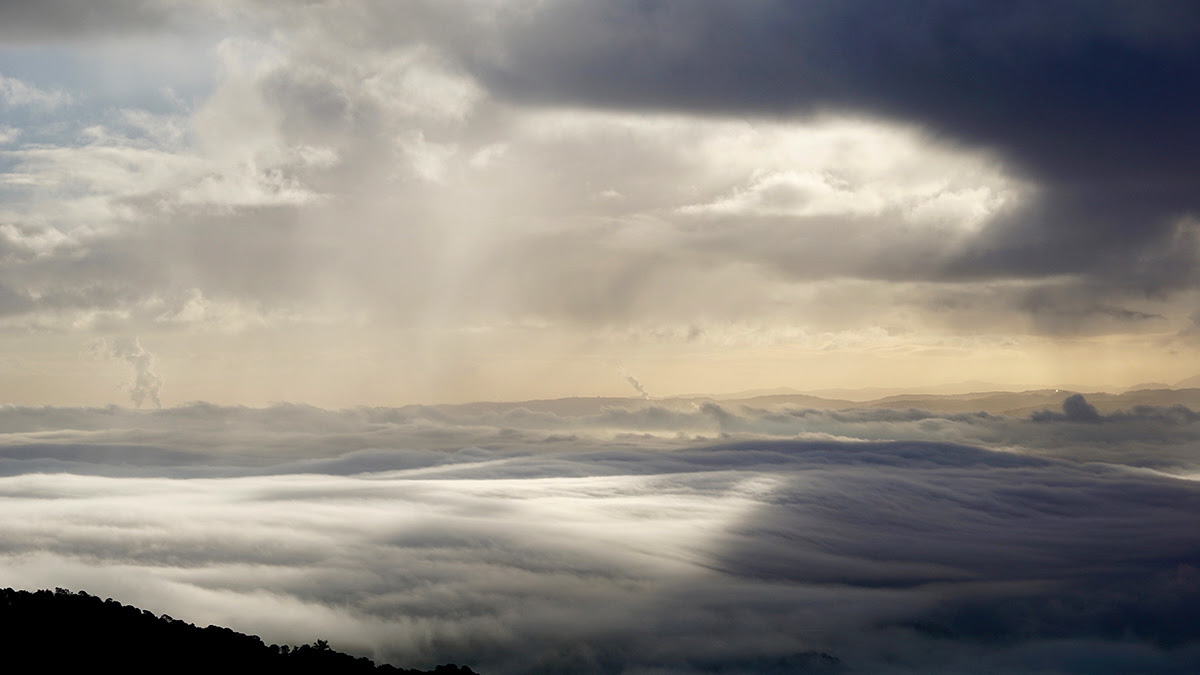 The extraordinary global climate disruption we are witnessing is largely driven by carbon dioxide and methane releases absorbed in the atmosphere and the oceans, abetted by other forces like plundering and destruction of natural systems, the albedo effect from loss of reflective ice surfaces, and other forms of pollution generated by human activity. The tie-in to our manner of relating to the web of life on the planet is inescapable, and as I experience the massive forces we have unleashed, they are not statistical for me.

Although there’s a natural aversion to peering into this abyss, the dread of feeling dread is part of what keeps us from opening to the fullness of our world. I felt and feel a need to sustain my gaze and to see what is actually occurring and to find a way of being with that without being burned to a crisp. Finding a way to weather it, recover, and maintain positivity, then becomes a restorative path of beauty as solace and delight.

Pray for forgiveness, and ask
before you act. Wait—
wait for my answer.
Only then can I subtract
what is necessary for Life—
your life— to continue
to grow.