June 2019 | SACRED SEEDS with FOREST SHOMER—Part II: THE REDISCOVERY OF PRAIRIES: STOREHOUSES OF FOOD AND MEDICINE 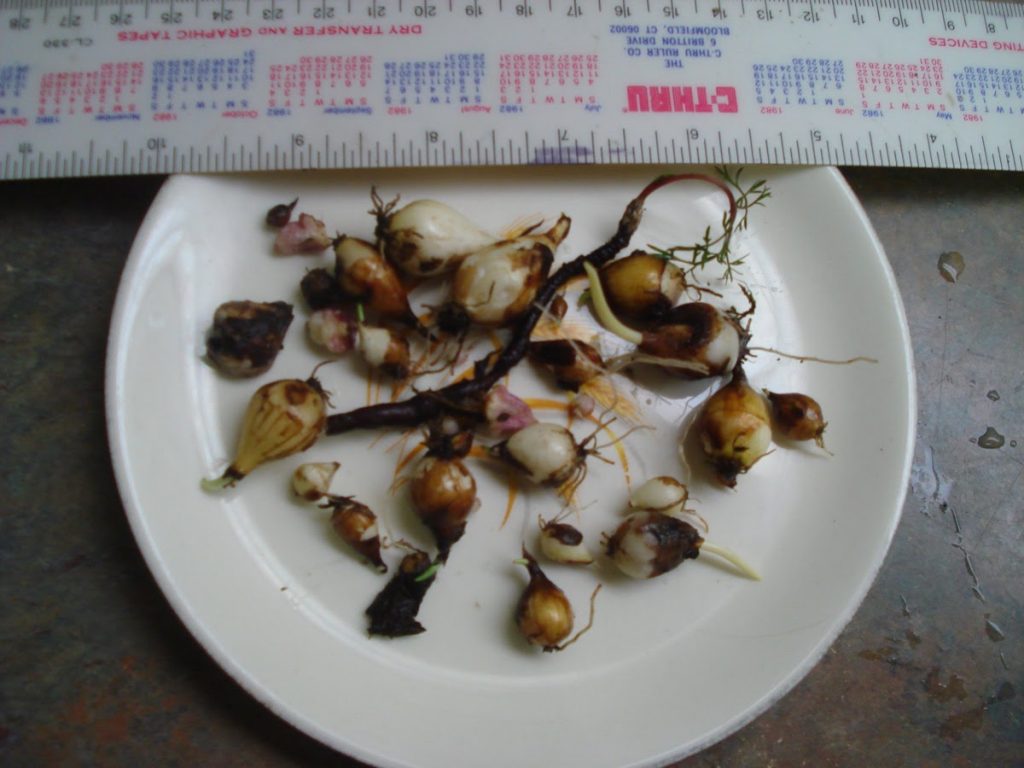 Bulblets recovered from a disturbed site- the larger, sprouting ones are Camassia quamash; the tiny corms are Fritillaria affinis. Photo by Forest Shomer

In last month’s newsletter we posted SACRED SEEDS – Part I, with words from Forest Shomer. This month we continue our conversation with Forest who has worked with seeds for over 40 years.

I feel I was guided to the Olympic Peninsula. I’ve lived here over 40 years. I sensed that this place could be improved and restored to greater harmony. For example, two dams were removed about 10 years ago. One was at the mouth of the National Park. The Elwha River was dammed in 1918 and was cutting off salmon migration on the largest river in the region. I now find it’s healing to go to these glacier rivers. The river’s are still being restored. How many years does it take to bring back migratory species? It’s very gradual. You also need to restore riparian areas, revegetate and stabilize them. I come in on projects to stabilize rivers.

There are at least eight indigenous peoples on the Olympic Peninsula, one at each river mouth. Each one has opened a casino and invests some income in restoration.

There are 10 keystone species in the prairies from Northern California to Canada. Before the Europeans, tribes had native prairies, maintained with fire, for medicinal and food purposes. In the early 1800’s the tribes, due to settlers, lost their prairies. Now they are reclaiming small areas of prairie from old maps and some indicator (keystone) species. In the past year I founded a non-profit, “Olympic Peninsular Prairies”. In spring we go and visit locations. Some are completely erased, some are fragmented, and some relatively intact, and that tells us what work needs to be done. 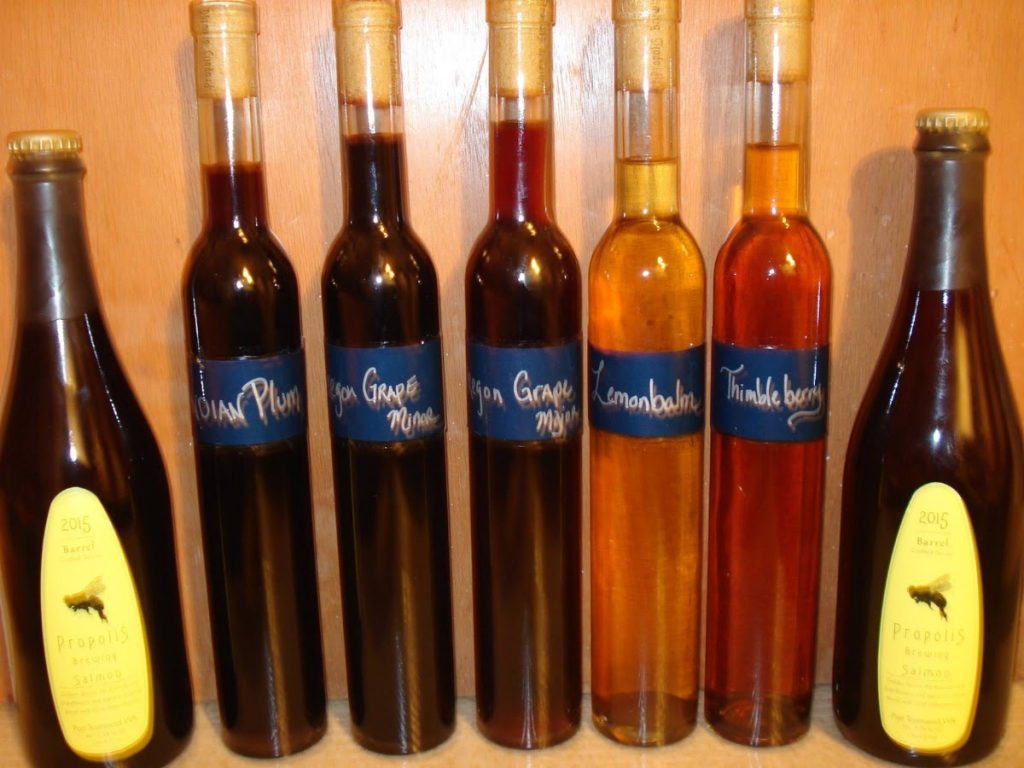 The prairie is now one of the rarest eco forms. My home state, Illinois, is known as the Prairie State. There’s 1%, or less, of prairie remaining. You find it along railway corridors or canals.

For restoration, we find the plants and during summer and fall collect the seeds. This year we will try and create a prairie from scratch. The original prairies were left by glaciers retreating, and native peoples learned the management skills such as the use of fire and digging sticks. For instance, a tribe that lived at the mouth of a river and kept their prairie upland would burn every three to five years to stop woody plants encroaching. A grass fire adds potash, neutralizing the soil. This fire isn’t too hot and doesn’t deplete the soil or damage seeds.

The prairie served as both a food garden and a pharmacy. Settlers purposefully destroyed the places where native people gathered their food. Their pigs would dig out the roots, and then the settlers typically planted potatoes that would eliminate the stragglers from the former food garden/pharmacy.

We are now learning and developing skills with native foods. Tribes, medicinal herbalists and horticulturalists are relearning and developing new uses of the foods. For example, once I’ve processed 50 pounds of berries for their seeds, there are lots of seeds left in the pulp. A brewer will press the juice out of the pulp and brew wines or ales. I flush seeds out of the remaining mash and dry them. The native rose, for instance, can be combined with other plants to make cider. An increasing proportion of native plants are being used for food and medicine. This can be done anywhere. All of this is working together and each of us has a part to play in this. 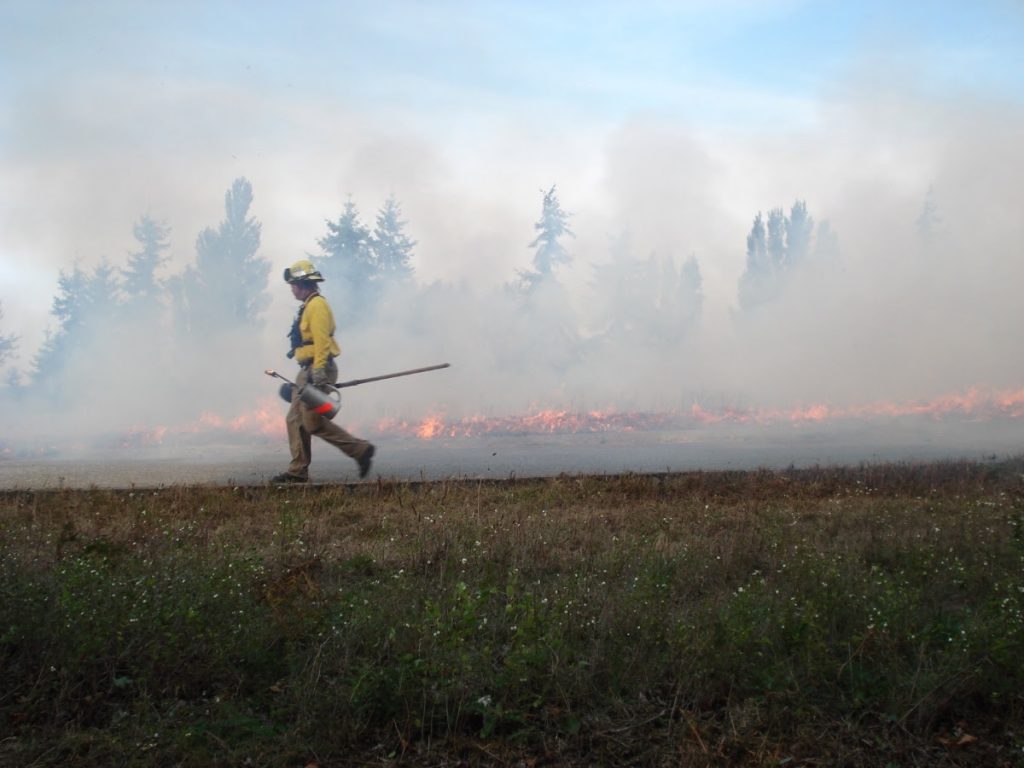 The nearest tribe, Jamestown S’Klallam, came to the in-town prairie in Port Townsend, where I had worked for over thirty years to keep invasives down. They danced their prayer rituals and used traditional digging sticks.

There is one large farm site inside the City limits, and this agricultural project is maintained with permaculture, goats and use of wild fires. They covered a large area, 10,000 square feet, with a heavy tarp to smother grass. They will remove the cover and singe the soil with a wand going over the surface vegetation, and then plant it with bulbs and fresh seed, biennial and perennial. Within a few years the bulbs will spread, assisted by voles underground and birds above.

Forest Shomer has here described the revitalization of prairies. This is part of a much larger movement by indigenous peoples worldwide to reclaim ancient wisdom for sane and sustainable living in our times. One example is the ‘Native Seed Pod’ podcast, whose first season features eight podcast interviews with Native American activists. Melissa Nelson’s interview with botanist, mother, writer, and professor, Robin Wall Kimmerer’s on ‘Trusting in Abundance: Finding your Regeneration Niche’ is truly delightful. Equally fascinating are Rowen White, founder and director of Sierra Seeds, and coordinator of The Indigenous SeedKeepers Network, on ‘The Native Seed Revolution’ and Dr. Leroy Little Bear on ‘The Re-emergence of the Buffalo.’

*****
Meet Forest, the Master Wild Seed Man!
This one minute video introduces the breadth of Forest’s work.
Forest Shomer on Seeds – a full and fascinating interview. 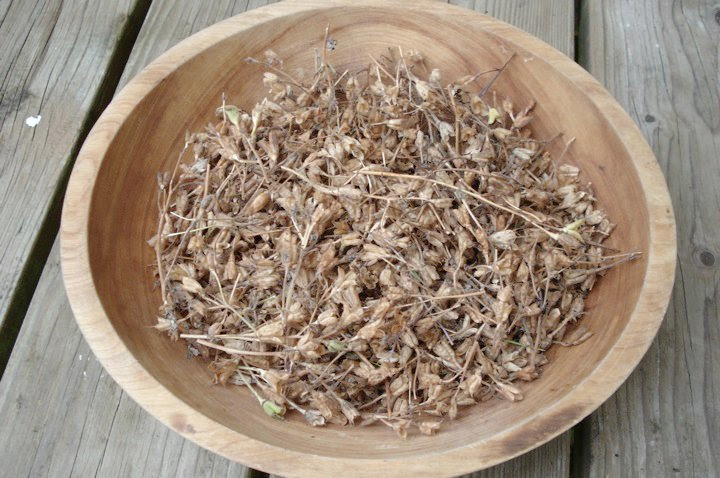 I’d like to share an extract from the book, SACRED SEED, compiled and edited by the Global Peace Initiative of Women, with a forward by Vandana Shiva. It has over 30 contributors from a variety of indigenous traditions, world religions, and spiritual paths.

THE LANGUAGE OF THE SEED
Anat Vaughan-Lee
Like breath so is the seed. Given. It is an inseparable part of our self and our environment. The seed holds a very great secret—it never gets old. It is the eternal YES to life. The power of a tiny seed is unimaginable. It is the force of promise, the covenant of life, the agent of return. It is the ever-present mystery of giving.

Within it lies the mystery of time, with its cycle of the seasons and death and rebirth. It possesses both masculine and feminine qualities, which are in constant dialogue. From the dark womb of the feminine the direct force of the masculine emerges and shoots up into the light. Light and dark are in constant relationship. The seed is also the center and the circumference, calling us to remember the sacred nature of life, the interconnected language of the universe, a song of oneness communicating to us and telling us, again and again, that we too are partaking in a primordial love affair, a union of masculine and feminine.

When we begin to realize this, a very mysterious process is awakened within us. We begin to participate in the great mystery of being that is so central to our existence.

…That which is remembered lives. When we hold this consciousness in our heart, we naturally offer it back to life. This not only gives life meaning, but like a seed it revitalizes it. We then participate not only in the mystery of our own being but in the whole wonder of creation.
Inspired by last month’s Earth-Love Newsletter, John Fox sent this poem. He was moved reading about Forest Shomer’s gathering of native seeds.

John is the founder of The Institute for Poetic Medicine that trains Poetry Therapists, like Art Therapists! IPM funds poetry projects across the United States, work that serves people at the margins.

“Poetry is a natural medicine that extends solace and relief, gives a cathartic voice to suffering, reveals insight and shows us what it means to be human.” John Fox.

IN THE DEEP DAYS OF FALL

In the deep days of fall
don’t you imagine Time
wakes up in the middle
of the night, sits on the edge
of a single bed, in faded pajamas,
leans down to pull on cracked high-top leather shoes, laces untied, and tromps down second floor stairs,

into the chilly kitchen with its
bland linoleum floor, and then down basement stairs, damp and creaky, walks over to the weathered cupboard under the small grimy ground level window in the empty storeroom
and lifts up the black wrought iron latch from the last century, opening
the cupboard door to survey
the quiet heap of seeds kept
for the future, held within
an assortment of containers:
an elegant tea cup from China,
a plain clay bowl made by his daughter, a shimmering abalone shell;
and leaning his lined face close
to consider each carefully,
as a deep kindness
comes over him, sees
light green colors,
children in branches.