This month we are featuring a story by Diana Badger, who also edits this newsletter. Diana is an old friend who lives in Sebastopol. She leads a monthly Spiritual Ecology group and frequents the nature parks regularly. 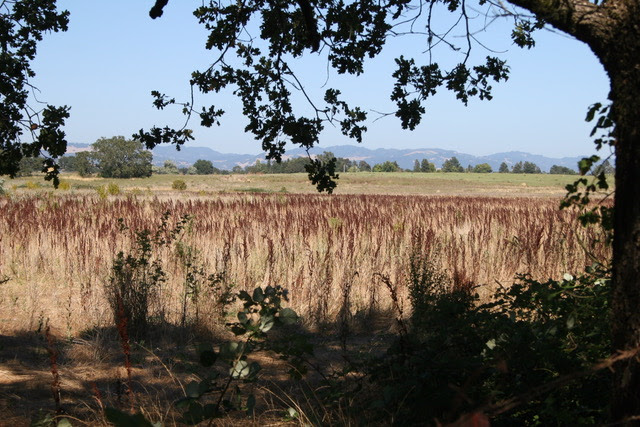 I was walking on one of my favorite trails at our local wetlands – the Laguna de Santa Rosa – one on which as you follow the narrow dirt track along the laguna waters, you meander at the edge of an active ‘wild space’, whose grasses and native plants attract rich birdlife, conjuring exotic calls and cackles that one doesn’t normally hear, evoking that feeling of being in some remote ‘otherland’ that I so love. In the distance I could see the tall, rising undulations of impressive Mt. St. Helena, further grounding me as I looked across the vast expanse of open grasslands.  My heart started to sing, as it often does there. 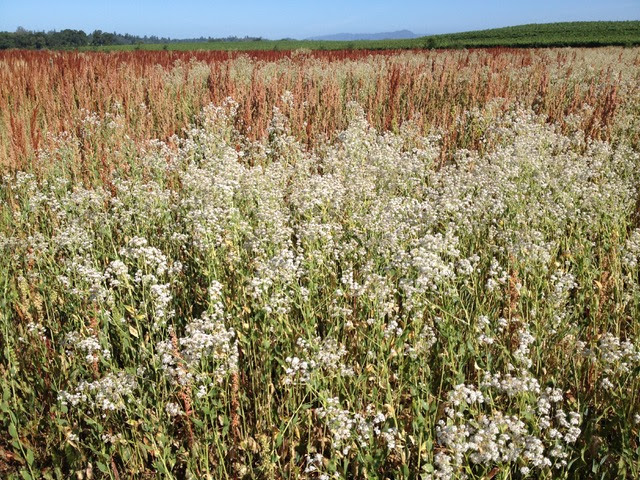 Only this time, I notice as I follow the right-angle turn of the path as it prepares to rejoin the main paved footpath in the distance that all of the grasses and native plants are abruptly gone – to my right and left, just empty dry ground, almost a moonscape, with a few intermittent bare brown stalks, and the gray earth deeply cracked and dry. While behind me is the lush waving of fennel, Queen Anne’s lace, blue cornflower, golden grasses, and burgundy dock — here, there is nothing.

I recall that the Laguna has undertaken a new sheep grazing practice – why I don’t recall. But I realize that this devastation must be due to the sheep. I bitterly ruminate on the wisdom behind the allowing of the decimation of a lovely open space and walking place for local inhabitants, on behalf of sheep.  I consider whether I can take up arms and write to the powers that be of my concern, and my sense of loss, but I don’t have the time and constitutional energy to pick up this environmental cause on top of all else. 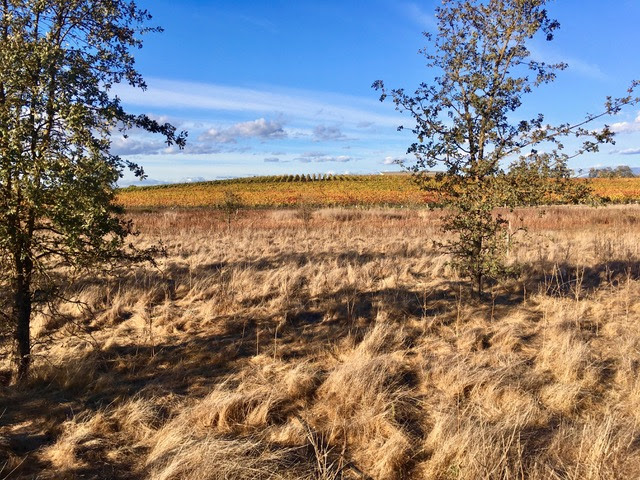 I sigh, digesting this as my own personal brush with the environmental loss so prevalent in our time. Its tentacles reach even here, in this admittedly very privileged community I inhabit. Someone has decided it’s okay to have sheep graze down an ecosystem, at the expense of habitat for birds, other winged ones, and we two-leggeds. I realize it’s necessary for me to have to brush up against this – to share the burden of grief that peoples the world over are facing with habitat loss due to both human actions in the form of management, and global heating (due to human actions!).

But then as I walk, my attention shifts to a lone man walking slowly on the path perpendicular to mine, which I will soon join, who seems to be carrying a soft flute tune with him. I am far enough away that the tune drifts intermittently on the wind, in and out. By the time I meet that path and turn to follow him, I am embraced by the melody and become entranced, as if by the Pied Piper. I wonder if it’s a recorder he’s playing. I can’t quite tell, but his arms don’t seem outstretched, no elbows out.  I follow behind him for a few minutes as he mounts the hill towards the pond, inching closer. Seeing no flute, I start to consider if maybe he’s just playing recorded music. The arcing strains are quite loud.

When at the top of the hill he turns to circle around the pond that I’ve admired and photographed many times, but which now is predominated by opaque red and yellow algae, revealing only a small patch of water, I am compelled to follow. I proceed slowly, eventually coming close enough to determine that he is in fact generating the music himself.

As I approach getting ready to pass him, the tune abruptly changes – I know he must be sensing my presence, and thus thrown into another form of melody that hasn’t quite found itself. He barely turns his head as I walk by, but I turn to see his long, sharp Andean nose and his full set of Andean pipes, and clothes to match, as he remains intent on his playing.  As I continue on in front of him now, he arrives at a gloriously playful new realm of tune. I refocus my attention on my surroundings while still delighting in the notes, I look to my left and see an equally glorious intact ecosystem of grasses, flowers, and berries – lush and singing themselves with an array of greens, golds, and lively noddings in the wind, in complete contrast to the desert-scape I’d earlier passed through.

I continue on until finally the pipe strains no longer reach my ears. A few blue dragonflies join me on the path, their wings in the afternoon light glinting pure gold, in concert with the golden grasses they fly among. The bird calls in the direction of the earlier ‘wild land’ from which I’ve come heighten to an excited clamor. I feel invited back to the drama of wetland life I so love, and know I have been blessed by this unknown piper, who had chosen to make this sacred music walk, and whom I had magically become ‘entangled’ with.

I inhale the knowing that he was inadvertently showing me there is still a way from lost to found. As if to say that right when we dive into that grief over what is lost, around the corner a sacred piper may lie, leading us to new surprises, new ways of knowing that, while yes, we are indeed facing many losses, all is not lost, and magic still potentially afoot. 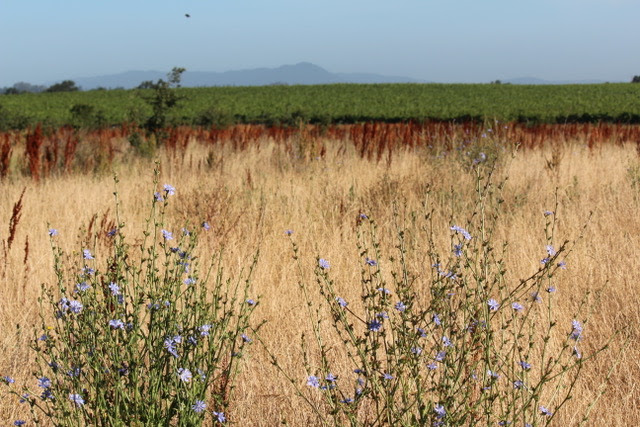 Post Script: This piece was written last year. Later, I read about the wealth of ecological benefits of sheep grazing, so I checked in recently with the Director of Education at the Laguna de Santa Rosa Foundation, Christine Fontaine, in order to share details here. Chris writes: The Laguna Foundation and Sonoma County Regional Parks use sheep to graze down weedy invasive plant species. That, in turn, creates a better environment for endangered, endemic plants to survive and even thrive. There are vernal pools on that piece of land that were dying out because of the buildup of thatch from the weedy invasives. We undertook a big project to grow the endangered Sebastopol Meadowfoam in our nursery, collect the seeds, and to re-establish the plant in the pools. The entire project was highly successful. Here is a link to a short article that appeared in our recent e-news (fourth article down).

A friend in the UK shared the following experience.

In a zoom meditation meeting a few months ago, there was a time when we looked at some video clip or we listened to something or we discussed something towards the end of the meeting, I don’t remember now; afterwards we were asked to go into our hearts for a few minutes’ meditation and see how we reacted or felt or what our heart told us, and me being me I immediately reacted thinking “I can’t do this, these short meditations on demand for 5 minutes are impossible, there’s no way I can still myself enough for this, blah, blah, blah”, my normal reaction born out of some previous experience but mostly out of resistance. Then I decided to try at least to see if I could go in my heart and just be still and maybe look and feel; well, I found that actually, I was able to go deep inside myself and stay with the love, when suddenly I experienced the fullness of Life coming at me, I was aware of life bursting from everything, from all the nature outside the window everywhere, life being absolutely full of Life permeating everything, gushing from everything there is, we can’t see it, we are like fish looking for water not realizing we are already in it, life with all its force bursting from everything everywhere, unstoppable, unbreakable, indivisible, one life swirling everywhere with us in it, we are just a part of it, a tremendous unbelievable force linking everything, a swirling moving awesome energy that IS everything in creation. It seemed so obvious when experienced like this, but it was amazing to see how much of it there is and its tremendous fulsome energy.

Phewww!!! That was amazing potent stuff, I was kind of stunned! Anyway, I make it sound so amazing, and it is, but it’s a simple thing really, what could be more natural than Life in creation, it’s just that we are too full of ourselves to see it.

Then I also wonder at how fragile it all is, how thin the physical layer of life on our planet is, just a thin film over the crust of the earth enclosed in a thin layer of gas, and I shudder at the thought at what we are doing to the world and to ourselves.

And now? Now I’m left with this little bit of knowledge in my heart, how life is so… just one, so alive, so ready wanting to show herself, and how unimportant most of what we make and do really is. 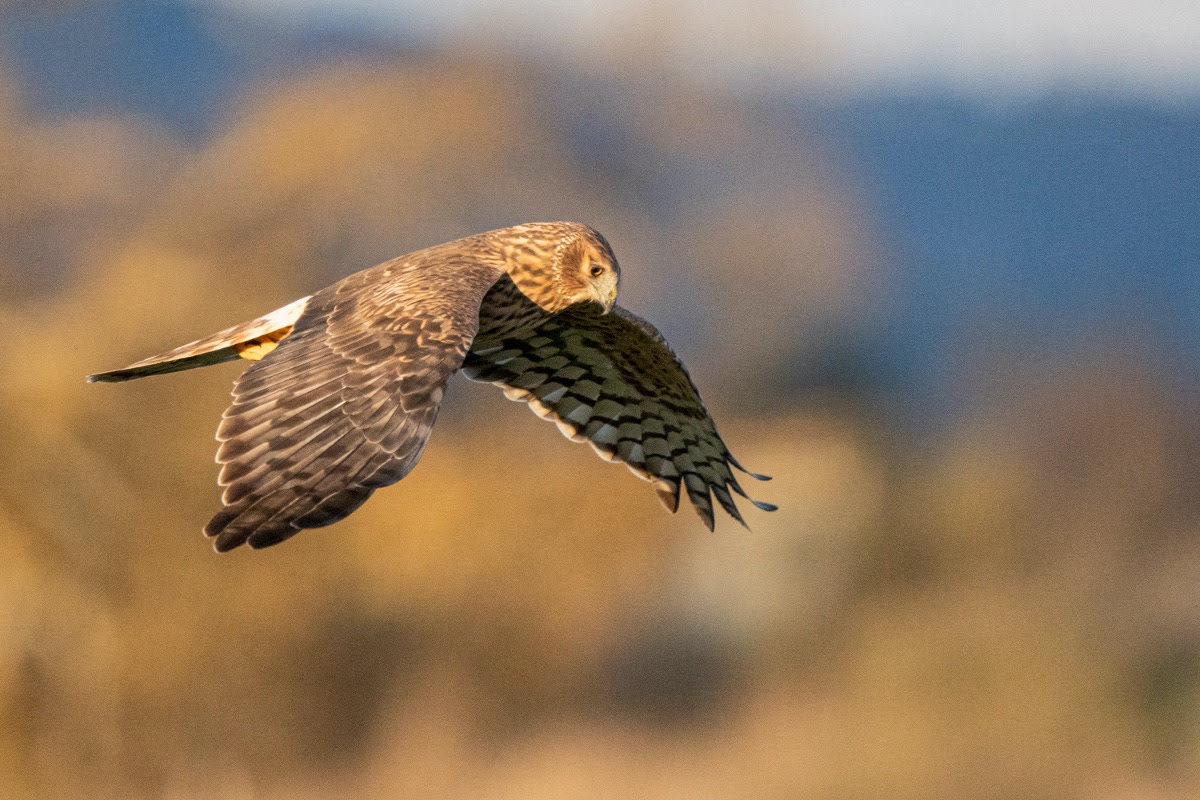 In the end is the Word
a weaving of all the world’s tongues
with folds soft as petals, hard as killer hearts
silent as sun sipping sea mist, loud as fighter jets

Word, the human story
ever becoming, ever ending and the end that is Now,
that is our doing and our undoing
is a biblical flood of torn multitudes
crowding de-spirited shores
wave upon wave, wounded, grieving
fleeing what began
when Word left the breath
for the ledger, the royalized lie

Even as Now implodes in the over-bright
unfolding of Word’s fall from grace,
endgames defiling Holy writ
end flames of creed and greed
ripping primal energies asunder
engulfing the armed and the innocent,
our story ripens

Spirit fruit, seeded in song
watered in courage beyond the lash on naked flesh,
the chains of disdain, the rabid, feral tortures
the battlefields, the borders, the gunner pathologies
the seeping, creeping poisons

Spirit fruit
pressed into wine on the page
Libations for the goddess-gods,
the children lean and hungry
staring through refugee fences
or plump and mirthless, staring at flickering screens
Libations for all the lined faces, the colonized eyes,
selves betraying self and other

even as Other flows on
quickening grass, rippling feathers and fur,
curving horns and thorns, pulsing into petals,
into skin and pollen and papery wings
The One and the All breathing each to each
As it was in the Beginning